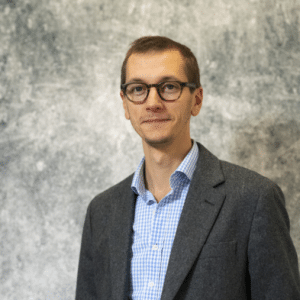 CHLOROQUINE is a drug belonging to the pharmacological family of amino-4-quinolines. Hydroxy Chloroquine = HCQ (marketed in France as Plaquenil) is a by-product. It mainly treats malaria, but is also a treatment for various autoimmune inflammatory diseases (such as Lupus or Rheumatoid Arthritis). Chloroquine is a chemical substitute for quinine, an alkaloid substance of plant origin made from extracts of cinchona which comes from the bark of the cinchona tree. This tree, which is native to Peru in high altitudes (Andes Cordillera). Its therapeutic properties (especially antipyretics) have been known since as early as the 17th century. Quinine, a molecule extracted from this plant, serves as the basis for the synthesis of several drugs, such as

HOW DOES CHLOROQUINE WORK?

Quinine (and its derivatives) is a drug with a variety of therapeutic targets, and whose mode of action is not yet fully understood. Several effects, common to all these molecules, can be observed to a varying degree.

It is more noticeable with hydroxychloroquine (HCQ). It is believed that the hydroxyethyl group on the chain 4 amino-quinoline could trigger such an effect.

Its mechanism is not entirely understood. Nevertheless, it seems to be linked to a disturbance in the breakdown of haemoglobin, which results in the accumulation of certain substances which could slow down the reproductive capacity of the parasite. The intracellular antiparasitic effect accounts for the widespread use of quinine, chloroquine and various other derivatives to treat malaria. In addition, this intracellular toxicity has led doctors to use it to treat a number of other intracellular bacterial conditions, such as Q fever and Whipple disease. Finally, numerous studies are being carried out to assess a possible antiviral effect, notably to treat COVID-19.

It is well known and proved that chloroquine and its derivatives interact with the electrical channels of the heartwhich regulate ion flows the heart’s electrical cells. They generate electrochemical impulses which enable the heart to be regularly activated. There are several types of channels (the following list is non-exhaustive):

What are the risks of CHLOROQUINE for the heart?

As they have been long known, quinine and its derivatives have been the subject of numerous studies, which has therefore led to understand their effectiveness and their side-effects well. As regards cardiac toxicity, the side-(?) effects are twofold:

The first risk is the rhythmic risk. As explained above, its primary cause is the blockage of ion channels by quinine derivatives. This risk may be serious and lead to the patient’s death. The toxicity of chloroquine can entail:

o Ventricular rhythm disorders. They are generally caused by the blockage of potassium channels. They first start with a lengthening of the QT interval which can be seen on the electrocardiogram. Then, in the most extreme forms, ventricular tachycardia occur . They are called “Torsades de Pointes”, and they result in palpitations or even loss of consciousness. In addition, they may degenerate into more serious tachycardia(s), such as ventricular fibrillation which causes cardiac arrest and death if the patient is not rapidly taken care of.

o Conduction disorders. They are caused by the blockage of sodium channels. Even if they are rare and less well-known than the above-mentioned side-effects, they are of particular severity. They most often occur when the medication is over-dosed (drug intoxication) and they result in a slowing down of the flow of the electrical impulses throughout the heart muscle. This is shown by the presence of conduction disorders (that can be observed) on the electrocardiogram:

There are other cardiovascular complications related to a chloroquine treatment, but are rarer although potentially serious. For example:

Thus, the cardiac toxicity of chloroquine, although of particular severity, does not seem to be a frequent occurrence in the various pharmacovigilance studies. Moreover, accidents often occur under particular conditions that have to be anticipated

In concrete terms: what precautions should be taken when taking CHOLOROQUINE?

Chloroquine and its derivatives are therefore drugs whose cardiac toxicity has been evidenced, although not often reported. Nevertheless, the rarely reported occurrences are to be weighed against the fact that these studies are often carried out on relatively young subjects (usually in the lupus patient population). Actually, few data are available concerning elderly patients, who represent a population at greater risk because they are often cardiopathic. So, they need special attention (comma), all the more so since complications often develop in a high-risk population. Thus, the following recommendations have been made:

• Screening patients at risk: look for any underlying heart disease +++

In a patient who is considered at risk, it is best to find an alternative to the treatment with CHLOROQUINE, otherwise close cardiological monitoring is necessary recommended (?).