Radiofrequency ablation has become the standard treatment for arrhythmias in recent years and has put drugs on the back burner. Rhythmology, a young discipline on a medical scale, underwent a profound revolution in the 1980s. Indeed, performing intracardiac lesions without having to open resorting to the opening of the rib cage has made it possible to develop new and increasingly effective techniques. Even if it was initially a chance discovery, the implications remain very topical.

The term ablation is sometimes misunderstood because it suggests that part of the heart is removed. However, this is not the case. This chapter will explore the different aspects of the discipline.

Radiofrequency ablation was born in the 1980s. Doctor Vedel was carrying out a cardiac electrophysiological exploration. After positioning a probe on the His beam area, he had to deliver an electric shock. He noted right afterwards, the onset of a definitive atrioventricular block. He then understood that the probe had directly transmitted the energy of the electric shock because it was in contact with the gel on the rib cage. The His region was irreversibly damaged. The technique has evolved. Initially, the ablation was done by direct application of a high- voltage current inside the heart chambers. This “flashing” generated many serious complications because it was too aggressive. It led to the development of the current technology: radiofrequency ablation. 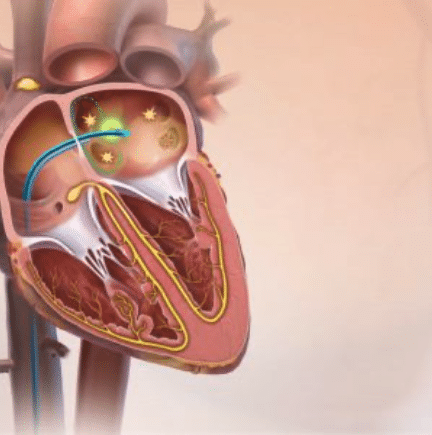 Without going into technical considerations, it is a question of delivering an alternating current via a radiofrequency antenna inside a catheter. This process makes it possible to generate a burn by heating the biological tissues in contact with the probe.

Modernization of ablation thanks to technological developments

There have been many technological developments. For example, irrigation probes which allow high-power ablations to be performed while reducing the risk of complications, appeared in 1995. Subsequently, magnetic sensor probes made it possible to perform ablations with a mapping system. The ablation procedures then became more precise and faster. Finally, the appearance of cryotherapy about ten years ago made it possible improve the safety of certain surgical procedures near the area of normal conduction. The ablation is carried out by freezing the critical area (-70 ° C / -94°F). It is reversible at the initial phase, which avoids certain complications.

All arrhythmias can benefit from ablation. The main indications are: 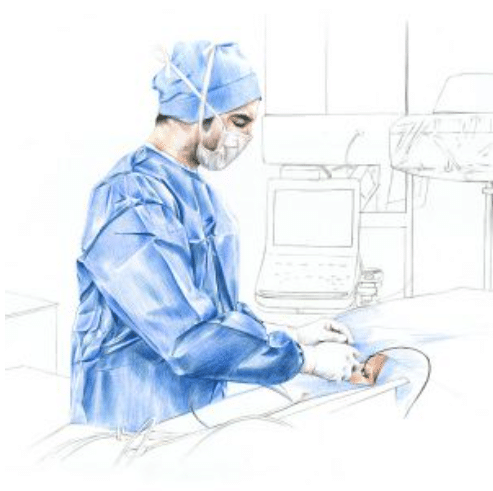 The intervention takes place in a cardiac catheterization room under local or general anesthesia depending on the type of intervention and the choice of the operator. To do this, the cardiac electrophysiologist punctures the femoral vein in the groin fold. Then, he positions the catheters in the cardiac cavities passing through the venous or arterial network. He can then understand the arrhythmia circuit by analyzing electrical signals and perform radio frequency ablation. After checking the effectiveness of his shots, he removes the equipment and places a compressive bandage on the groin. This helps limit the risk of a haematoma forming. The patient can then go to the recovery room before going back to his room. Moreover, progress is such that it is now possible to perform ablations during a so-called ambulatory hospitalization without spending a night in the hospital, as we do at the Institut Mutualiste Montsouris.

Efficiency and risks of radiofrequency ablation

The success rates are high (but mainly depend on the type of arrhythmias) and vary from 70 to 95%. Certain situations or associated cardiac pathologies complicate the procedure (dilation of the cardiac cavities, myocardial infarction and age of arrhythmias). The complication rates are low and consist mainly in haematomas or bleeding at the femoral puncture site. More severe complications have been described but are generally very few in experienced centers.

In summary, radiofrequency ablation remains the most efficient way to treat cardiac arrhythmias.